It´s the Fed´s Decision! Hike it or Not? 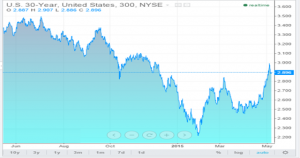 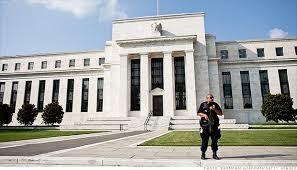 Since the Financial crisis in 2009, US interest rates have stayed in the range of 0-0.25%. Amid speculation concerning a possible interest rate hike this summer, money managers and analysts seem to have mixed opinions about the situation. Though the Federal Reserve would aim to increase rates which have stayed around zero levels for almost a decade, sluggish economic growth coupled with low inflation suggests otherwise.

The expectation is that any interest rate hike would be delayed until next year, despite expecting a rebound in the economy in the second-quarter and the rest of 2015. If inflation rises beyond expectations, then in order to deal with it, the authorities could increase interest rates.

The minutes of the central bank meeting in March were released recently and they suggested that a number of policy makers support the idea of an initial rate hike in June. Many believe that almost-zero borrowing costs distorts the markets. The forecasts related to the economic growth were also slashed following the March meeting after the disappointing first-quarter economic data suggested slow growth.

Some money managers suggest that a hike in the interest rates should be pursued with caution.

Creating decent jobs and resurrecting U.S. growth is becoming difficult owing to a large trade deficit resulting from a strong dollar. Though the rally in the dollar has weakened in recent times, its rise has adversely affected the earnings of businesses, which could in turn potentially restrict the country’s exports and economic growth. The consensus is that the dollar’s strength will possibly lead to an erosion in confidence on the part of CEOs with the potential to slow both investment decisions and future growth in the US.

Irrespective of the Federal Reserve’s decision, a rise in the interest rates will not raise the longer-term Treasury yields. The shorter-dated bonds might experience a little push, however taking into account the rarity of yields in other areas of the bond markets, the 10-year yield is unlikely to go far beyond its level of about 2%.

Whatever the decision, one thing is for sure, the Fed faces a huge challenge to balance its benchmark rate without giving out negative signals to the bond markets and investors, along with upsetting the economic growth. The job seems much more difficult, if one also considers that numerous markets use the US government debt to set their respective benchmark.

We will have more updates on this topic as further events unfold, and for further clarity on the topic talk to Gladstone Morgan Specialists at info@gladstonemorgan.com.