Inheritance tax on pensions scrapped, what next?

Of all British taxes on personal wealth, inheritance tax (IHT) is possibly the most despised. Today, (subject to various exemptions and reliefs), inheritance tax is typically payable on a deceased’s estate over the ‘nil rate band’ threshold currently £325,000 (£650,000 for married couples) at the rate of 40%. 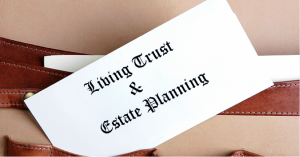 Property price increases are dragging many middle class working families into this tax bracket. The average price of property in London is now £514,000. That means many single or divorced people who own their house, will owe tax on their estate when they die.

Earlier this month, there was a great piece of news for pension savers. Chancellor George Osborne abolished the 55 per cent inheritance tax that applied to defined contribution pension pots left by those aged 75 or over, and to pensions in drawdown. Instead of having to pay a punitive 55 per cent tax charge, they will be able to pass on any money left in their pension funds tax free to their loved ones. About 12 million people in the UK have some form of defined contributions pension and about 320,000 retire each year.

Time will tell if the proposed rise in IHT threshold will happen or not, but in the meantime it is important to organize your financial affairs well in advance. Contact Estate planning specialists at Gladstone Morgan in order to ascertain what, if any, action should be taken in response to the proposed changes.