India on right track for growth 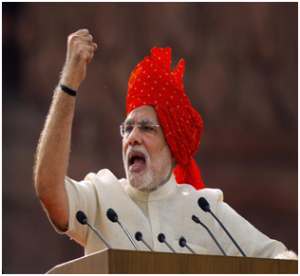 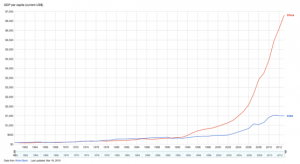 According to International Monetary Fund, between 1980 and 2014 China’s average GDP per head grew 17 times, in the same period India’s GDP per head grew four fold. When Mr. Arun Jaitley, the Union finance minister, opened his budget speech on 28 Feb by stating “It is quite obvious that incremental change is not going to take us anywhere, we have to think of a quantum jump.”, it was loud and clear that the Indian government is now ready to realize the nation’s immense potential.

India has many strengths: a legitimate democracy, youthful population, substantial technological and entrepreneurial resources. The ruling BJP led government is making sensible reforms to bring back the optimism about the prospects for accelerating growth in India. Deregulating the price of diesel was a good signal, though the opportunity afforded by low oil prices made it quite easy.

Important, too, is the decision to move towards a national goods and services tax. This is a vital step towards creating a single market, something that India still lacks. This long-awaited reform could add up to 2% of GDP by creating a common market in India.

The government has scrapped a low-yielding 1% “wealth tax” on fixed assets over Rs3 million ( $48,700), while raising an existing 10% income tax surcharge of India’s “Super Rich” – those earning above Rs10million ($160,000) a year , by 2 additional points, to 12 %. In its annual budget, the government set top priority to step up public spending on infrastructure. The capital expenditure is budgeted for a 25% increase next year, including a one-third jump in railway investment, a 127 percent surge in spending on highways and five 4000-megawatt power projects.

Mr.Jaitley has promised to step-up disinvestments, loss-making firms owned by the government will be sold.

In his maiden budget, the finance ministerwent quite some way to removing barriers to investment in India. But crucial laws such as labour laws and land-acquisition laws are yet to be addressed. The government is already in a difficult battle to amend the law that governs land-acquisition.