Eurozone: the gloves come off 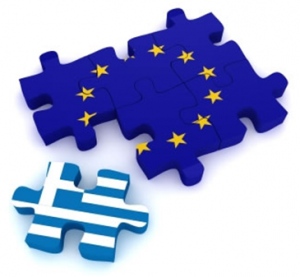 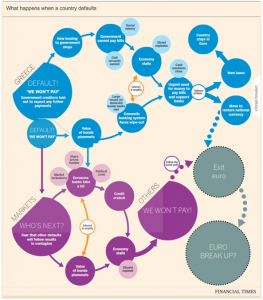 EVER since the euro crisis erupted in late 2009 Greece has been at or near its heart. It was the first country to receive a bail-out, in May 2010. On December 29th the Greek parliament failed to elect a president, forcing an early snap election to be called for January 25th. The euro crisis is entering a new, highly dangerous phase, and once again Greece finds itself at the center.

With many Greeks exhausted by five years of recession, tax hikes and record unemployment rates, Greece’s coalition of the radical left, better known as Syriza Party is tipped to win the snap polls.

The prospect of a leftist party coming to power in Europe’s most indebted country is rattling the markets and European capitals. In a re-run of the drama that haunted Greece at the height of the eurozone crisis in 2012, markets have tumbled with the country’s borrowing costs soaring on the back of revived fears of a Greek exit – called Grexit – if a Syriza-led government assumes power.

The Athens Stock Exchange posted its biggest drop on record on December 9th, while borrowing costs for Greece have skyrocketed amid the political uncertainty.

The leaders of the European Union view the shared-currency area as capable of withstanding Greece’s departure, a scenario that would become almost unavoidable if the new radical left led government were to renege on spending cuts and fail to service the country’s debt. Here is a visual on the events that occur when a country in Eurozone defaults.

Stay tuned to the Gladstone Morgan blog as we bring you more analysis and insights on the impact of Greece’s exit from Eurozone.