BRIC…the good and the bad 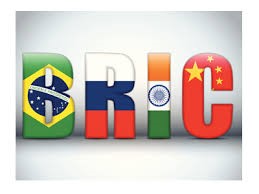 The BRIC quartet, the key emerging markets are diverging. The four countries that make up BRIC, that is Brazil, Russia, India and China, are no longer part of the same inter-dependant whole.

This was all too evident in returns for investors last year. The MSCI India index has risen by approximately 35% over the past 12 months, after Prime Minister Narendra Modi came to power and began his ambitious programme of much-needed economic reform. The MSCI China index climbed around 17% with other Asian markets also putting in similarly robust performances.

Then we have the other end of the spectrum, in Brazil the index has fallen around 15%. Although Dilma Rouseff was re-elected this was greeted unenthusiastically by markets .Investors have had to take into account not only the impact of lower commodity prices on the country’s major companies, but also the impact of the Petrobras scandal on the government. Similar weakness has been seen across much of Latin America and in Russia, which has now become synonymous with poor economic governance and corruption.

This means that emerging market investors need to particularly alert and active. A passive approach to emerging market investment can introduce significant risk, particularly now that there is a greater divergence between the performances of different countries. As an example, it is not unusual for investors and fund houses continue to hold Petrobras, maybe with a reduced position, simply because it continues to make up a significant part of the Brazilian index. However, due to its poor governance is this now a stock that should be avoided, is it maybe even un-investable? Perhaps this is something to consider.

The divergence between different countries also means that macro-economic analysis remains important risk management tool. Valuations can be deceptive. Russia may look cheap, but is has looked cheap for a long time and investors have yet to make money. A fundamental reason why Russia is extremely cheap is due to the fact that its problems are quite severe. The Ukrainian situation may well be extremely sad, but it is not the extent of Russia’s difficulties.

There is no disguising the fact that there are corporate governance issues, government interference, as well as the much talked about lower oil price. If you take oil and gas out of the equation, then there aren’t a lot of attractive companies to invest in here. In these areas, the low valuations mean less. What we have to contend with are serious structural problems.

Furthermore, dividend yield is vital. What we are seeing is that Companies that didn’t used to pay dividends now do pay dividends, sometimes under pressure from emerging market governments. China instructed its companies to improve their pay-outs. India also pushed its companies to pay higher dividend. In addition, in these countries there is increasing diversity on the sectors into which you can invest.

Another major consideration here is the emergence of the middle class which would indicate an assurance for the future for these emerging markets. There is a belief that the Chinese market offers a lot of attractive opportunities. China is good value and is genuinely cheap in a number of ways. It is cheap relative to the rest of Asia, to other emerging markets, cheap relative to its history, and even to the European markets. It is simply undervalued. There is of course a consensus that China is about to blow up but the again others see this as extremely unlikely.

One of the main issues that is making the China bears worried is the amount of debt that has been stored up by local governments. However, the vast majority of this debt is domestically owned and the country is not in debt to foreign creditors. Furthermore, the Chinese government has a surplus of around $4bn. A significant factor when you consider the US debt situation.

As many predicted, the growth rate is slowing, this needs to be welcomed and seen as a positive. The world’s second-largest economy cannot realistically be expected to grow at the significant growth rates previously seen since this is a maturing of the market. Those negative on China are trying to highlight the slowdown as an issue however it is not negative, but healthy. Lower steady and

sustainable growth is better than spiralling, out-of-control growth. China is maturing and developing, the reform agenda

has slowed growth, as has the anti-corruption drive and the closing of coal plants. Weak commodity prices further benefit

China. All this leads to the growing belief that it can successfully avoid a hard landing. 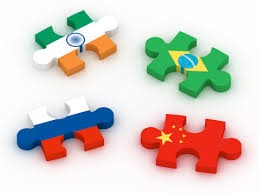 Another factor when looking at the BRIC countries and their movement in opposite directions is that India and China are good strong examples of countries who, unlike many emerging markets, are actually delivering on reform.

Emerging markets are not good or bad, they are both.

It is possible to make good returns in emerging markets, though this involves more regular active management. This can be clearly highlighted by the performances last year when investors would have lost heavily in Russia and Brazil, but made excellent returns in the Philippines or China.

This will be no different going forward in 2015 and into 2016. Emerging markets are diverging and investors need to be informed and continually re-evaluating their holdings.